Want to understand how blockchain ticks? Qtum might be one place to start! - CoinSpectator Blog
Skip to content
Follow @coinspectator Track the industry in real-time with our cryptocurrency news aggregator for monitoring analysis, sentiment and trends. 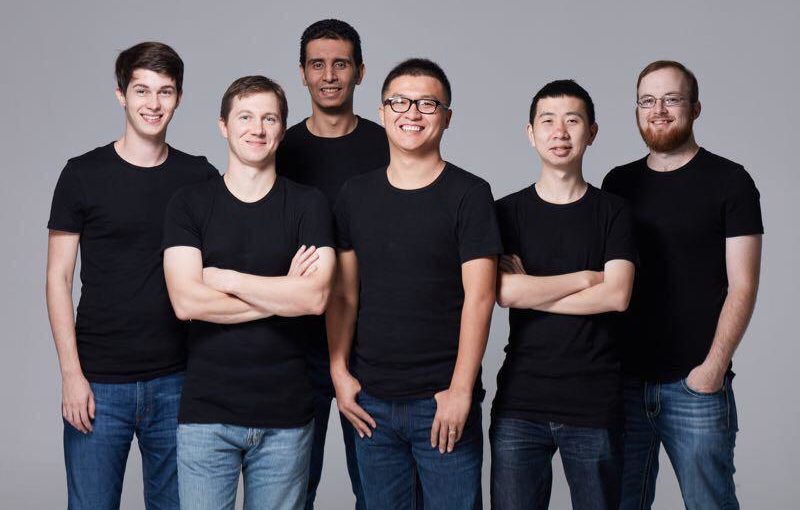 Cryptocurrency investors are becoming more discerning, as they more and more appreciate the need to avail themselves of greater understanding of how a particular project’s blockchain works.

As investors learn and explore more deeply the technological issues, they are likely to come across Qtum, a project that is doing something with blockchain that adds value by its team setting by answering the question: how do we blockchain business-friendly?

On first sight, Qtum’s provenance in a fork from Bitcoin might trigger a weary “oh not another one” response from the newly inquisitive investor. That would probably be a mistake.

A good starting point for assessing a blockchain’s worth is the value differential it brings to the table compared to the Bitcoin benchmark for good reason. Bitcoin may have been getting a bad rap for transaction times and high fees and the supposed inefficiency of its proof-of-work consensus mechanism, but in security and adoption it remains way ahead of all comers. From the view, then, there is a reason why Bitcoin is a good starting point for those like Qtum trying to build a blockchain that is enterprise-ready.

Bitcoin has been around for nine years and it has never been hacked and never had any down time. Ok, but what about those early design decisions in the protocol that could be holding back wider adoption, such as its inability to run smart contracts, in addition to the scaling issues.

And, sure Ethereum is built for smart contracts and decentralised applications but it too has scaling issues and high costs associated with executing code.

Qtum has come up with three innovative contributions to the problem of how to get the good stuff from Bitcoin and Ethereum without carrying the not-so-good stuff baggage: its Account Abstraction Layer, which means you can run Ethereum smart contracts on bitcoin core; a proof-of-stake (PoS) mechanism that is more than a theoretical construct and is now a living, breathing network of thousands of nodes; and lastly a governance system that is both robust and flexible so software upgrades can take place with a minimum of fuss.

Let’s consider those three features of the Qtum blockchain in turn.

The first is the critical one from which much else flows. Ethereum is sometimes referred to as a second-generation blockchain because instead of just a transactional layer it can also run applications. However, in so doing Ethereum abandoned an important part of the bitcoin approach to handling transactions, known as Unspent Transaction Outputs (UTXO) model. It is a more complex way of handling transactions than Ethereum’s account/balance system. But that’s not the only reason it was rejected be those who built Ethereum – it wasn’t stateful. That’s was seen as a problem because a stateful computing program keeps track of interactions, a critical feature in a framework running applications.

However, bitcoin’s UTXO model doesn’t applications and instead does one thing – handles payment transactions and stateless is not necessary because all transactions must come from a previous transaction and every time a transaction is sent a UTXO is created at the associated address.

A user’s bitcoin wallet “balance” is not represented by a single number but by several UTXOs, each with its own transactional data including the amount being sent or received. User A might have two UTXOs, one with 3 BTC, the other 4. User A wants to send 6 BTC to User B. To do so they would have to send both UTXOs and receive back the “unspent” or “unconsumed” 1 BTC change.

One of the features of bitcoin’s UTXO model is it allows for verification of whether a transaction has been included in a block without having to download the entire block; it is known as Simplified Payment Verification (SPV).

Qtum keeps the benefits of UTXO by extending the Bitcoin Script language so that Ethereum Virtual Machine (EVM) smart contracts can run in a UTXO environment. Qtum calls this method for transporting code the Account Abstraction Layer. It is this breakthrough that enables not just Bitcoin but many other related UTXO blockchains to work with EVM smart contracts, from Litecoin to ZCash.

And Qtum is not stopping there. Work is well advanced on its X86 virtual machine which aims to hugely expand the instruction set available to EVM smart contracts, making code much more performant, that’s to say more efficient.

Mobile-first is a smart move

This first and perhaps most important innovation bestows upon the Qtum blockchain the ability to execute contracts on smartphones. There’s no need to download the 30GB Ethereum blockchain in order to implement a full node on a mobile device. With half of all traffic on the internet originating from a smartphone, running on mobile is no longer optional for many businesses. Qtum is also scalable, therefore when we start thinking about Internet-of-Things devices interacting with a blockchain, Qtum’s mobile-first design decisions are even more important.

This brings us to the second major innovation – the proof of stake (PoS) mechanism that instead of depending on costly proof-of-work (PoW) methods, nodes have to own Qtum tokens and there is no mining. That in itself might not be news, but that having 3,400 nodes up and running in 50 countries around the globe is, because the proof is in the pudding, so to speak. Bitcoin’s PoW might be considered by some to be costly and inefficient but it is very secure.

PoS represents something of a trade-off between security and efficiency and the key to success will be in getting such mechanisms working in the real world and finding the right balance on security and efficiency. In that light, Qtum’s efforts to date are no mean feat – there, as yet, have been no on-chain failures. Contrast that with the Ethereum community’s progress, where there has been much talk about implementing PoS but it is still far away from happening.

On Qtum’s blockchain even the smallest of nodes – holding just 10 Qtum – are able to “book the world ledger”, by-passing the centralisation dangers emergent on the Bitcoin and Ethereum networks. Also, Qtum’s PoS rewards nodes that stake their coins for the longest period of time, which enhances security.

Lastly, the third innovation is in governance matters. A cursory glance at the ideological infighting that has crippled software development on the Bitcoin network, this is an issue of increasing importance. Qtum has thought about on-chain governance from the get-go, and which has come to fruition in its distributed governance infrastructure. In it, parameters of properties such as blocksize, gas price, gas limit can be easily adjusted, dispensing with the need for incessant forking.

The ultimate governance arbiter is the Judgement Committee of the Qtum Foundation, elected from the community of token holders, so there can be no log-jams as seen in bitcoin core development.

It’s worth investors taking some time out to read up on Qtum. Perhaps there are problems yet to arise and there are certainly other platforms with equally robust, albeit different, blockchain technology, but on current form Qtum is in contention as a blockchain that could be one of the winners.