Is the Tide TURNING for Bitcoin? Author of Amazon Best-Selling Blockchain Book Reveals New Intel that BTC Is Poised to “Moon” Again - CoinSpectator Blog
Skip to content
Follow @coinspectator Track the industry in real-time with our cryptocurrency news aggregator for monitoring analysis, sentiment and trends. 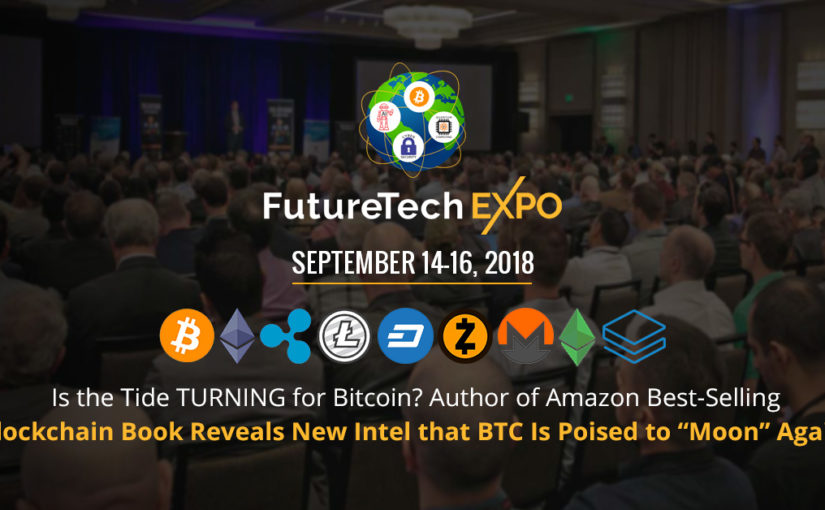 DALLAS, TX – Richard Jacobs is the best-selling author of Bitcoin, Ethereum, and Blockchain, and organizer of the Future Tech Expo, which takes place in September 2018. As a sneak preview of what is to come at this conference, he has just published a free podcast that reveals brand-new intelligence which strongly suggests that Bitcoin could be returning to $10-15k+ territory by summer.

“Almost all the ‘smart-money’ blockchain investors I know agree that Bitcoin is undervalued, and are loading up right now while its price is relatively low”, said Mr. Jacobs. He adds: “Why are they so confident? It’s because there are three specific developments in the pipeline – game-changers that are going to fundamentally alter the economics of Bitcoin and generate a lot of positive news flow.”

Since Monday, Mr. Jacobs has been sending out daily “Future Tech Gold Rush” podcasts – i.e. insider briefs on seven technologies, including Bitcoin and blockchain, that are set to provide early investors with the chance to get behind the next major tech disruption – and he is sending them to everyone who is registered on the email notification list for his Future Tech Expo in September.

If you sign up now (it’s 100% complimentary), you can still listen to and download every episode, including the Bitcoin episode that reveals the three game-changer developments that are set to send Bitcoin soaring by summer. (You’ll get the download links in an email as soon as you sign up.)

NOTE: This special podcast series is only available until April 30th, when all seven of the “Future Tech Gold Rush” intelligence briefs will be deleted from the internet and no longer available.

Do you want to get these crypto and future tech intelligence briefs too – before they are taken down?

If so, follow the link below and sign up to the Future Tech Expo notification list. Not only will you receive all seven of these “Future Tech Gold Rush” briefs, you’ll also benefit from a special discount on tickets to the conference itself – which takes place in September at Dallas.

About the Future Tech Expo:

The Future Tech Expo is the only conference in North America that’s bringing all the top players from the domains of blockchain tech, artificial intelligence, 3D printing, virtual/augmented reality, drone technology, and even quantum computing – so you can get informed, get connected, and get exclusive access to investment opportunities that are “off-limits” to normal folks.

This three-day conference will be held at the Dallas Convention Center, close to Dallas/Fort Worth International Airport, in September. We are expecting more than 2,000 attendees, 100 headline speakers, and 150 exhibitors – with talks from developers, entrepreneurs, venture capitalists, and other “smart money” investors who are out to find the next Bitcoin and get behind it early.