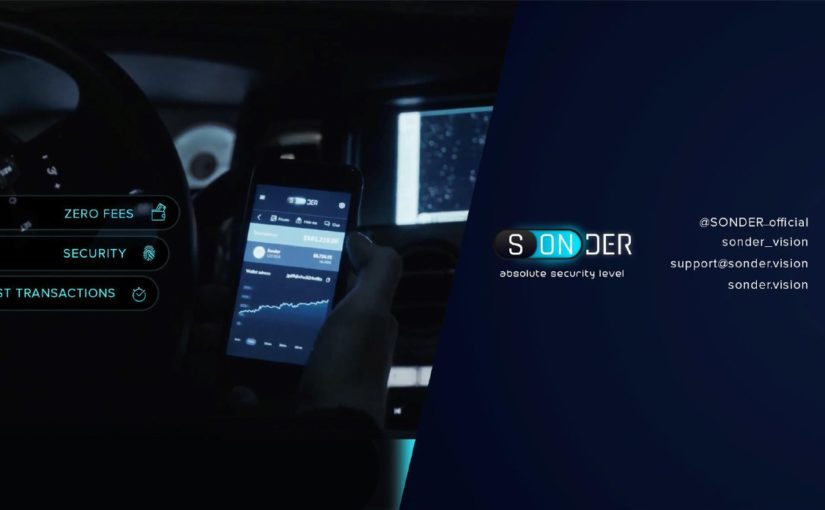 Since the inception of cryptocurrency, a core value among enthusiasts and evangelists in the space has been a necessity for merchant adoption. Now, nine years since the creation of Bitcoin, some merchant integration has been seen, but the technology as a whole has yet to provide a seamless method for widespread adoption among consumers and producers alike. However, the SONDER project could potentially be the key component, the link that unites blockchain with merchants throughout the world.

Conceived in the Summer of 2017, SONDER represents an evolution in e-commerce initiatives in the blockchain sphere. Currently, a number of roadblocks: high fees, slow transactions, and a lack of transparency, has previously inhibited merchants from adopting blockchain market platforms. SONDER is a custom blockchain platform that addresses each of these issues through an ecosystem that is also both secure and easy-to-use for businesses and consumers alike.

Recently, SONDER (SNR) has hit the US$4 million mark to reach the soft cap of the ICO. The hard cap rests at $6 million, and over $5.2 million in total contributions, that cap is poised to be achieved very shortly. The SONDER team is comprised of veterans and heavyweight in business settings throughout Japan and Europe. Investors see the capabilities of the team in forging a platform that accurately meets the needs of vendors worldwide, and, more importantly, connect them in a seamless manner to the new capabilities presented by blockchain infrastructure. The global e-commerce industry is worth close to US$2 trillion. With a hard cap of just $6 million, the payoff from a successful SONDER future is monumental.

SONDER offers a whole array of benefits unmatched by existing e-commerce opportunities in the cryptocurrency space. Merchants and consumers alike benefit from a zero fee ecosystem. With SONDER’s own API and SDK, integration on and usage of the platform is as simple as possible. End-to-end encryption, secure messaging, and Tor integration ensure a completely private, untraceable, and secure experience for every participant involved.

On top of this, the platform is equipped to handle different cryptocurrencies and even fiat currencies, further expanding the inclusivity provided. The custom blockchain, with near-instant transactions, is also equipped to scale far beyond the capacities of traditional e-commerce cryptocurrencies. Holders of SNR are also incentivized through the integration of high yielding masternodes. As the platform is developed and grows, individuals with masternodes will see their balances increase alongside inevitable price increases.

The ICO is concluding shortly, and with less than US$800,000 worth of SNR for sale, its imperative to look into SONDER sooner, rather than later. The price of SNR is pegged to .00007 ETH, with 70% of the 240 million supply distributed through crowdsale. Shortly following the crowdsale, SNR will see listing with major exchanges. This is shortly followed by an Alpha launch of the platform in the third quarter of this year, with the mobile app emerging in the following quarter. In the first quarter of 2019, both masternodes and the SONDER mainnet will launch. By the second quarter of next year, the SONDER platform will be fully published, with the zero fee ecosystem open to users worldwide.