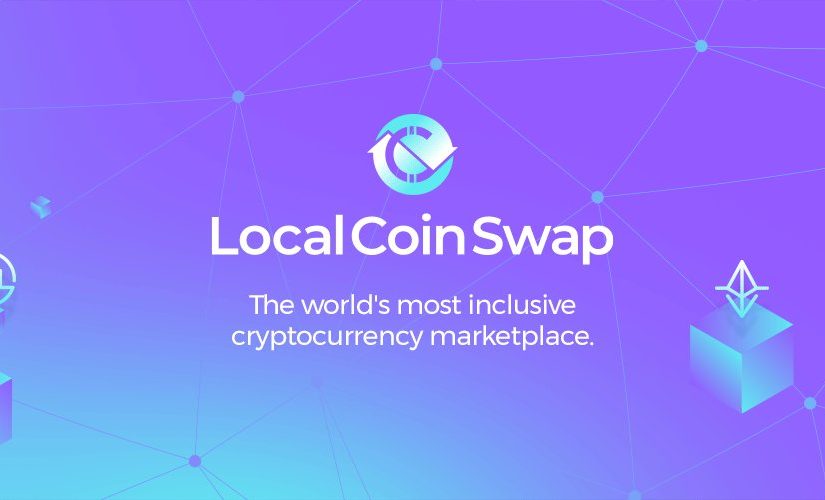 LocalCoinSwap (LCS) has released official figures from their recent ICO, with $12,151,457 USD raised and 47,732,420 LCS sold and distributed. The token burn count was 27,267,580.  In addition, they have announced that they successfully implemented the following new currencies on the exchange: ETH – BTC – LTC – DASH – BCH – ETC – Monero – Ripple – EOS – Tronix – Tether – VeChain – Binance – PowerLedger – Decision Token – Golem – Walton – Skrumble – Havven – Nomin.  This means the exchange will now open with a minimum of twenty currencies as opposed to the ten we originally promised. There are also 8,000+ users registered to get into the exchange which will be launched in August 2018.

“We are working towards the launch of our exchange platform which will be peer-to-peer, inclusive and accessible, to any trader in any location.  We will be offering trading out of fiat in every currency, as well as rewarding the community with dividends, so we are confident that our offering is unique in the marketplace.

LocalCoinSwap are also finalising new partnerships to strengthen their offering ahead of the exchange launch.

“We are working on new strategic collaborations continually”, Chief Marketing Officer Val Nantelov said, “including negotiating an exciting partnership with World Economic Forum Technology Pioneer Horizon State – their application truly aligns with our mission to be the most democratically-run, user-controlled exchange platform out there, by enabling decentralized decision-making which empowers every participant. We’ll be sharing new updates about this evolving collaboration very soon.

“All our partnerships are aimed at improving the robustness and effectiveness of the exchange for our users, who are also the shareholders”, he continues, “much like the decision to collaborate with Havven, and use their stablecoin (NOMIN) as a price risk management tool to optimize the value of the LCS token and community venture fund. We want to ensure a completely safe, scalable and powerful platform is created, that meets everybody’s trading needs.

The LocalCoinSwap platform is designed to enrich the entire community and is the only marketplace that distributes 100% of its profits back to its community, and allows the community to vote democratically in its operation.  It is a community-focused and community-owned marketplace. LocalCoinSwap is also the most financially transparent exchange on the market, with regular public announcements detailing exact revenue and expenses, all wages and all forms of income.  All contract code used by LocalCoinSwap is open source and publicly viewable on our GitHub.

Blockchain technology has slowly creeped into every single aspect of modern business, with the technology rapidly expanding into most elements of our daily lives.

Almost every industry is making plans to embrace this exciting technology to some extent in the future. That being said, outside of bitcoin which has received massive media coverage in the recent years, other cryptocurrencies can still seem a little complex for users new to the space, whether it’s the purchasing, buying or selling.

There are a few platforms designed to make this process easier; for instance, the likes of Paxful and LocalBitcoins allow for the exchange of digital currency, but unfortunately this is restricted to very few assets at the moment.

One company looking to revolutionise this industry is LocalCoinSwap, It has hit on a real pain point and it wants to create a solution. Up until now, the difficulty to directly purchase cryptocurrencies or digital assets outside of an exchange from another individual has been an issue for many. Many people encounter problems with the exchanges who enforce overzealous KYC and AML regulations, high trading fees, breaking customers privacy and various other problems, not forgetting the useless customer support, cough!… CoinBase.

LocalCoinSwap is attempting to solve these common problems, while at the same time avoiding the downfalls of centralized exchanges.

How does it work?

It is a decentralised marketplace, where individual users can buy and sell any any cryptocurrency with any possible payment method. There is no external exchange market here and it is hoping to hit a niche in the market, where users can exchange any cryptocurrency – not just the usual bitcoin.

Its main quality is that it really does cut out the middleman. It allows users to find a match other users on the platform using the LCS as a traditional escrow system, which helps secure the safe transaction of coins.

Its fees aren’t massive either – they will range from three to ten percent.

Who is behind it?

The young and innovative team behind LCS include Economics graduate, Nathan Worsely. He is a bit of a whizz, having already had a series of exciting and successful trading algorithms made and implemented.

He is the founder and CTO of LCS and is also the person behind Digital Assets Management Ltd. Worsely is also an experienced high volume P2P trader on LocalBitcoins.com himself.

The CFO of the team is Thomas Underwood. He is an accounting graduate, with experience as a financial analyst and business development manager, with roles at major Australian and international private companies. He is also the Australian Regional Manager for TradingView.com
Token

LocalCoinSwap practices what it preaches – it has its own token, called LCS. Its an active cryptoshare and for anyone considering it, you should know that the platform wants to distribute literally 100 percent of profits made by their p2p exchange service to the respective shareholders.

Thus, if you get in on the ground level, you could be in for a big chunk of cash as the business grows. LCS holders will also get airdrops of new listed ICO tokens on the LocalCoinSwap platform.

The total supply of LCS tokens is 100 million units, with 70 million of them being distributed through the various crowdsale stages. Meanwhile, there are 20 million reserved for sale at a later date.

Ten million have also been reserved for the platform in order to operate and keep updating their services.

If transparency is important to you, then you’re in luck as LCS will adhere to that in its entirety. Their OpenSource code on GitHub will be accessible by everyone.

Peer-to-peer crypto exchanges are hot stuff at the moment with many users preferring them over centralised alternatives, they solve many of the faults and bugbears that currently exist. From our independent research we believe that LocalCoinSwap will rapidly take a large chunk of the P2P trading volume when it launches in August 2018 from its closest competitors due to the multi coin support which will open the platform to millions of new users. The team behind LocalCoinSwap are no strangers to the crypto world, they bring experience from technical, academic and financial backgrounds.

The firms CTO, Nathan Worsley, brings experience from another crypto project called Webcoin and also holds a Bachelor of Economics degree from The University of Queensland.

Daniel Worsley holds the position of COO at the firm and rightly so, with experience advising the Musards ICO, 1 year as a financial planner and two Bachelor’s degrees in finance and Economics.

The LocalCoinSwap White Paper does not contain any red herrings, its unique and consistent in what it aims to achieve with clear goals for the future. It does not appear to be any plagiarisation from competitors

Unlike many other token sales the legal aspect of carrying out an ICO has been taken seriously by bringing three key advisors into the mix, this includes Mr. David S. LEE, Senior Lecturer in Accounting and Law at Hong Kong University, Dr. Artem Sergeev, Senior Research Fellow at the University of Hong Kong and Frank Zhu who’s currently an analyst at major investment bank based in HK who all advising the LocalCoinSwap ICO on its legal positions.

Another key advisor on the board is former FCA Registered Representative (1993-2012) Mario Innecco, who undoubtedly brings a wealth of financial experience to the project.

We have given LocalCoinSwap a rating of 4.5/5.