Bought The Wrong Coin? CoinJanitor Can Help You Out! - CoinSpectator Blog
Skip to content
Follow @coinspectator Track the industry in real-time with our cryptocurrency news aggregator for monitoring analysis, sentiment and trends. 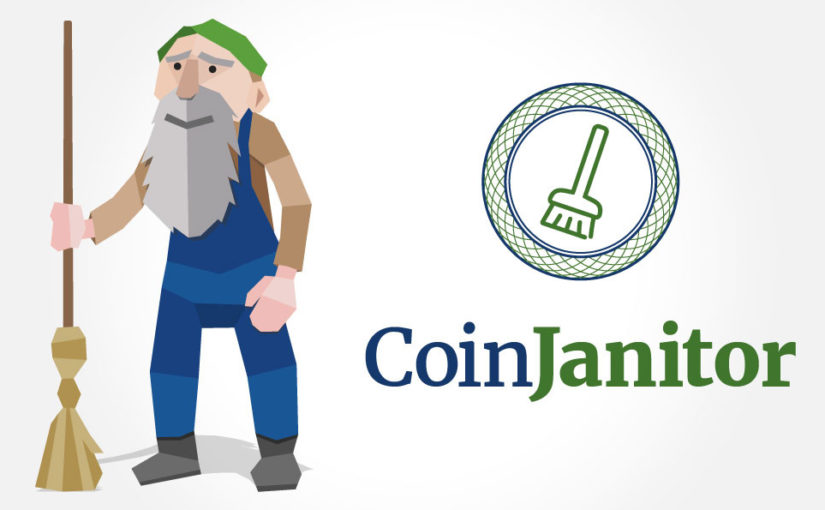 Cryptocurrency markets are tricky. Despite the wealth of innovative ideas in them, most of the projects fail. In many cases, people end up buying coins that fail despite their promising concepts and technological innovation. Therefore, there is a need for a project to come into the market and recycle these valuable ideas while lending those who were unfortunate to buy into the wrong coin, a way out. That is exactly what CoinJanitor will do.

CoinJanitor introduced a unique concept into the cryptocurrency markets. The idea is that CoinJanitor can buy out dead coins using its own JAN token, and give dead coin users a way to get some of the value they have in dead coins back. Integrating dead coin holders to CoinJanitor through these buy outs will create a powerful network effect by amalgamating thousands of people under the CoinJanitor umbrella.

How will CoinJanitor Achieve its Goals?

CoinJanitor has already started gathering data to profile these dead coins, finding out which are the most valuable dead coins out there and how it can use those assets to create more value. A key component of this profiling exercise is to define what a dead coin is. CoinJanitor came up with the following 4 main features that allow it to understand which coins are dead and which it can buy out:

Once CoinJanitor starts going through the lists it has compiled with coins that fit these conditions, it will start contacting the communities and creators of those coins to establish a buy-out agreement. Then it will proceed to take over those coins’ assets and decommission them. This includes burning all the coins it acquires during the buy outs, to effectively put the targeted dead coin to rest.

The Odds of Holding a Dead Coin are High

There are many more coins that fit this definition than many would think. For starters, there are more than 4,500 cryptocurrencies out there. More than 3,000 are not traded on any exchange. That means the odds of having bought or mined a dead coin at some point are quite high. There are thousands of people out there that bought the wrong coin. In many cases these coins offered a promising idea, but they failed and died.

What are the odds that you hold one of those coins? What are the odds one of your friends owns one? There are enough dead coins out there and enough people who ran out of luck when they bought these coins. Therefore, the cryptocurrency market clean up that CoinJanitor proposes is important. So, if you are interested in this project, the network effect it will create and the potential to find value through its recycling process, join its Telegram group, follow them on Twitter check out their YouTube channel or visit the CoinJanitor website to get more information about how you can be part of this exciting opportunity!