OPEN 3X’s While Ethereum Goes Down the Tubes | CoinSpectator Blog
Skip to content
Follow @coinspectator Track the industry in real-time with our cryptocurrency news aggregator for monitoring analysis, sentiment and trends. 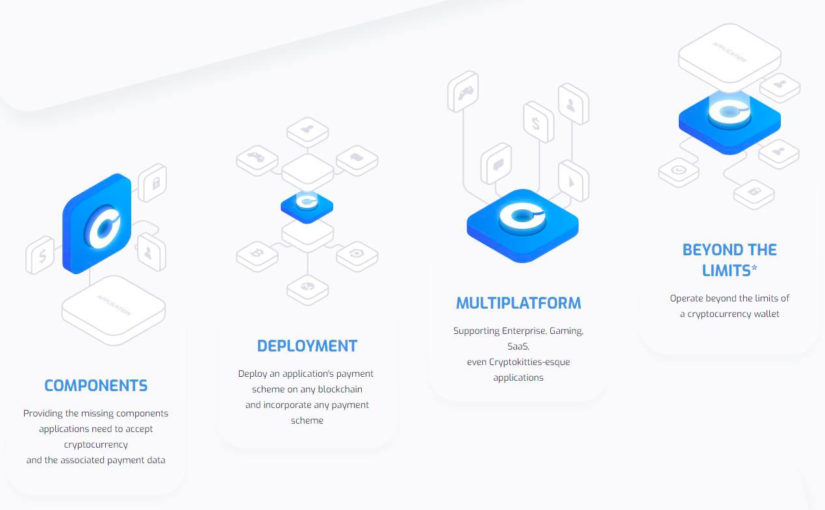 We all know how difficult it has been to accept payments from multiple cryptocurrencies, whether it be via apps, websites, or d-apps –until now. The OPEN Blockchain platform makes it easy and that’s why it grew threefold since it went public, while Ethereum is sitting stagnant on exchanges.

OPEN is currently available on KuCoin exchange and supports trading in OPEN/BTC as well as OPEN/ETH. If you´re interested in making the dream of an interoperable crypto payment processing tool finally become a reality, be sure to explore (and invest in) OPEN Chain.

Recently the OPEN team proudly introduced the world’s first multi-cryptocurrency payment solution. It works a lot like Stripe, and is perfectly interoperable with a range of existing blockchains.

Previously this space was dominated by Ethereum. However, unlike Ethereum, the OPEN Blockchain platform can be easily implemented by e-commerce businesses, making this new technology a once in a lifetime investment opportunity.

That’s right. And that’s why OPEN Blockchain Platform is set pick up where Ethereum fumbled; it will allow developers and sellers to support cryptocurrency payments on an unprecedented scale, all the while accepting multiple coins and running extremely fast.

The philosophy at the core of OPEN is this: to make one simple online solution that will process all the bits and pieces that go into crypto payment processing –and provide it as a single, elegant service; kind of like how Stripe has revolutionized FIAT payment processing. OPEN aspires to do the same with cryptocurrency.

Let’s take a deeper look into the idea and inner workings of OPEN now.

A few names you may recognize (from such projects such as Zilliqa, Ontology or VeChain) are presently backing OPEN: NEO, DHVC, Draper Dragon, Jeremy Gardner, Sora Ventures, RChain, and most recently Element Group.

Why Is OPEN Chain a Unique Proposition?

It’s clear by now that there is no use in repeating the same ideas and concepts over and over again if what we seek to achieve is a more efficient and practical payment solution.

The difference is all about the technology under the hood.

It uses their Rapid Consensus mechanism, thus preserving the integrity of data and ensuring speed.

The OPEN cluster functions as an ecosystem of multiple blockchains making use of gateway applications known as Scaffolds, which then transmit data into OPEN States.

Every time a developer deploys a new blockchain, Scaffolds are added immediately to the cluster.

OPEN States link to the backend of applications where they provide a source for every piece of on-chain data transmitted through the blockchain cluster.

All data is processed on the fly and in parallel, via the Blockchain Load Balancing Protocol.

The details behind the OPEN Chain can be read in their most recent whitepaper here.

How Do These Elements Integrate?

The Rapid Consensus mechanism processes all payments on the OPEN Chain, which then sends it through the Blockchain Load Balancing Protocol to make sure it gets quickly distributed to all chains within the cluster.

There is an increasingly large demand worldwide for a cryptocurrency payment processing solution that would work as smoothly as traditional FIAT systems, while handling multiple cryptocurrencies, yet without having any centralized governing authority built into it. This is where OPEN comes in.

The simplicity for developers and how it feels for consumers who use OPEN are quite similar to those of Stripe.

Likewise, it is very simple to implement it on apps, d-apps, websites, e-commerce shops and other platforms. The cost-effectiveness of the system is second to none. Also, it has traceability in common with traditional payment methods, meaning that payments can be tied and tracked back to users, and account funds are verified before processing payments.

It works for both single purchases as well as subscriptions, and has support for shipping logic and various metrics is also possible to incorporate.

Larger businesses will appreciate the OPEN API, which will allow them to implement changes on an app-wide level, thus eliminating the inherent risks of new technology.

On the other hand, developers of highly popular apps and games will no longer be dependent on the existing payment solutions baked into app stores like those owned by Apple and Google.

Most importantly, for the ordinary user, the experience will be much like what they´re already used to –except for the sky-high processing fees typically attached by third parties (PayPal, anyone?).

This will allow developers of new crypto-ready apps (at any skill level) to start developing their apps with no more fear of the complications related to payments and support.

What Do You Think?

A decade after Bitcoin, it seems the world continues using traditional payment methods.

Users of all blockchains are particularly fond of the speed it allows, both for businesses and customers alike.

Hard forks –that were meant to speed up existing blockchains— and decreasing public trust have caused entire coins (including large capital stores) to fold.

There is definitely a problem with most mainstream coins; this is where OPEN can step in to help.

Taking in the lessons learned from existing blockchains – Ethereum being too narrow, Bitcoin too slow – OPEN has set out to allow supporters around the world to finally get their foot in the door, and into the game. They do this by providing unprecedented speed, scalability, and wide-ranging cryptocurrency adoption.

The team behind OPEN have made it no secret that major announcements are coming very soon – and certainly, those who get on board early on will have significantly higher margins, as well as a strategic advantage.

If you believe OPEN to be the next big thing (which it is!), then definitely check it out: it´s available currently at KuCoin Exchange. OPEN/BTC and OPEN/ETH trading pairs are supported.

Being its first official listing partner, KuCoin is helping the OPEN Blockchain platform provide new investors with a hunger for innovation the same kind of once-in-a-lifetime chance they may have missed with Bitcoin.

Blockchain Powered VR Ecosystem MARK.SPACE Revolutionizes Idea of VR by Eliminating All Existing Bar...
MoviesChain by TVzavr: A Platform to Change Them All
Meet CEDEX the world's first certified blockchain based Diamond Exchange
The Currency of Tomorrow is Here
Why Blockchain Should Break Free From Cryptocurrencies
KuCoin Listed 0x Protocol (ZRX) As One Of Their Promising Tokens
MGO Tokens of MobileGO: ICO, Price and Review
PumaPay is paving the way for mass crypto adoption