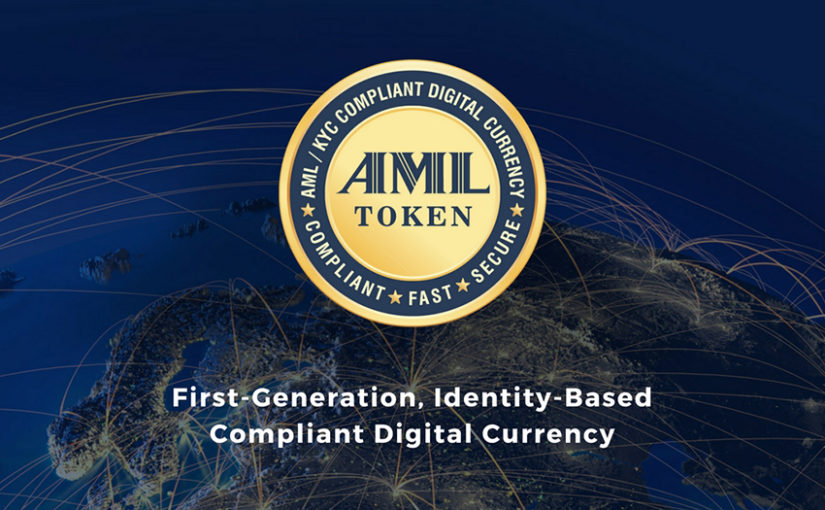 This week, Marcus Andrade, the creator of the revolutionary new digital currency AML BitCoin and CEO of NAC Foundation, held meetings with Slovenian and Estonian officials to discuss the potential uses and advantages his patent-pending blockchain-based platform offers their respective governments.

The negotiations in Estonia coincided with the EU Digital Summit held in Tallinn. According to Andrade, he had very encouraging conversations with the Estonian e-Residency team; their county has been contemplating issuing its own digital currency, the ESTcoin.

The talks, which involved numerous Estonian lawmakers, including Kalle Palling, a key Parliamentarian pushing the digital commerce agenda, also touched on the intense interest several countries’ governments expressed with regards to working with AML BitCoin, which they see as the solution to original bitcoin’s vulnerabilities and security issues.

“Unlike the original bitcoin, AML BitCoin is designed to address anti-money laundering (AML) and know your customer (KYC) issues. We developed AML BitCoin to meet the most stringent banking safety and security regulations, which makes our digital currency ideal for mainstream market, right alongside traditional payment options,” said Andrade.

Marek Pajussar, a representative of the Estonian Financial Supervision Authority, indicated his agency’s awareness of and strong interest in AML BitCoin’s AML and KYC features.

“AML BitCoin offers a unique set of user identification advantages. We developed sophisticated verification methods, which include patent-pending biometric digital identification. This our proprietary technology – something no other digital currency or financial technology platform can boast. This makes our solution ideally suited to be used by governments wishing to digitize their services while also protecting the identity of their users,” explained Andrade.

The meeting with Minister Koprivnikar was very productive, with Minister confirming his agency’s optimism about the new currency. Mr. Andrade also met with key Slovenian lawmakers, including Deputy Matej Tonin, one of the representatives lobbying for cyber security regulation, who questioned Andrade about other governments’ approaches to regulating blockchain and digital currencies.

“Several countries have recently expressed their opposition to anonymous digital and cryptocurrencies, such as bitcoin, because they believe that their inherent anonymity opens the door into otherwise secure financial systems to criminals and terrorists. The U.S. Congress is currently debating the legislation to ban the use of anonymous, non-AML compliant cryptocurrencies by U.S. businesses,” offered Andrade.

The meetings concluded with Andrade and his counterparts from Estonia and Slovenia – two countries on the forefront of the European Union’s technology explorations – expressing their interest in future collaboration. NAC Foundation is hopeful that these two countries will decide to join other national governments in introducing the safe and secure AML BitCoin in their financial systems.

E-Commerce Disruptor SONDER Nears ICO Sellout
Bitcoin - Turning money from a legal agreement back to a commodity
Game Protocol Receives Innovation Award
The Best Way To Manage Your Cryptocurrency In 2019 By Using This Platform
Zichain announces partnerships with BitGo and Sum&Substance
Investing in Blockchain Technologies made simple with new Quantatex Alternative Investment Account
THE KUAILIAN ECOSYSTEM, BRINGING BLOCKCHAIN TECHNOLOGY TO THE WORLD
COINSCHEDULE AND TRECENTO BLOCKCHAIN CAPITAL TO LAUNCH A JOINT FUND TO INVEST IN THE MOST PROMISING ...