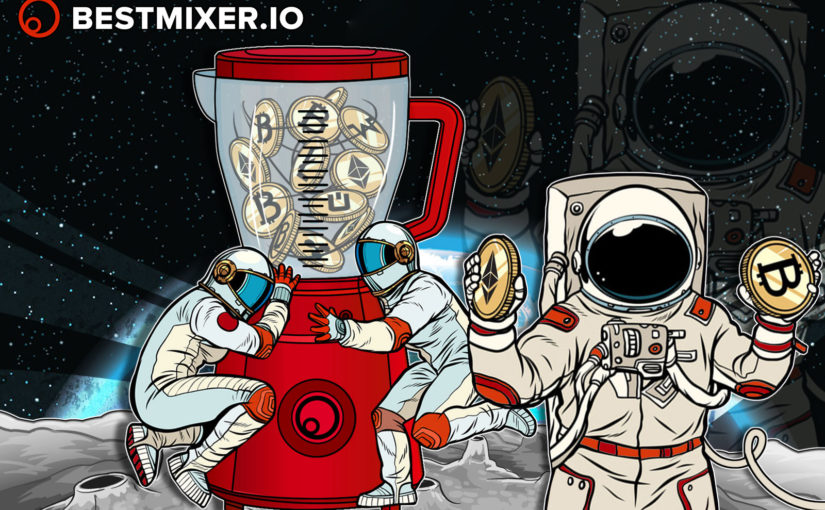 Many in the cryptocurrency community are mistaken in believing that bitcoin is anonymous – there is, however, a way to fix it

Let’s get one thing clear from the start – bitcoin is not anonymous. When you use it, even though your name is not attached to your wallet address, your entire transaction history is plainly visible to anyone that cares to look. Furthermore, because of advances in blockchain analysis, it’s become possible to figure out your IP address, name, and physical address – all from your blockchain activity.

BestMixer.io fixes that worrisome situation in its entirety. That’s because BestMixer.io is what is known as a bitcoin mixer – it’s an engine that literally blends your bitcoin with the coins of others for the purpose of creating anonymous BTC that is untraceable by even the best that blockchain analysis has to offer.

Why on Earth would anyone need anonymous bitcoin? Well, the reasons are many, but we’ll highlight the two most important ones.

Your Wallet Addresses Are Being Watched

First and foremost, your wallet address is under surveillance. Government agencies, tax watchdogs, scammers, hackers, blockchain analysts – the list of people and organizations interested in your wallet goes on. They want to know how much you have in your wallet and who you’re connected with. Additionally, thieves are looking for vulnerable wallets to target and empty.

So, what can you do about it? Use a bitcoin mixer.

BestMixer.io takes your bitcoin and, after passing it through their powerful mixing engine, makes it impossible to connect your old sending address with your new receiving wallet. In this way, the lineage from your past to your present is completely broken, giving you a fresh start on the blockchain. No one will be able to know who you’ve sent to, who you’ve received from, and where your bitcoin went after you use a blender.

Blockchain Analysis Can Figure Out Who You Are

Blockchain analysis is a really controversial topic in crypto these days, but that isn’t stopping it from advancing on a daily basis. Firms like Chainalysis are closing record amounts of funding and have become some of the hottest properties in blockchain. That means that more firms are going to pop up on the horizon, and that the competition for advancing the tech is going to increase without pause.

Why is that a problem for you? Well, first and foremost, blockchain analysis can figure out who you are in real life. Yes, in real life. So, if you want to make sure that no one ever figures out who you really are and what your connection to your crypto wallet truly is, then you’d better start using a bitcoin mixer right away.

Moreover, the only blender we can recommend is BestMixer.io. They’ve run tests on other leading blenders and have concluded that no one else is able to provide the blockchain analysis-conquering coverage that they can.

So, before you go sending your next BTC transaction, head over to the BestMixer.io bitcoin blender and get yourself covered with head-to-toe in blockchain-based anonymity. This video manual will help you to understand in detail how to mix bitcoin properly.