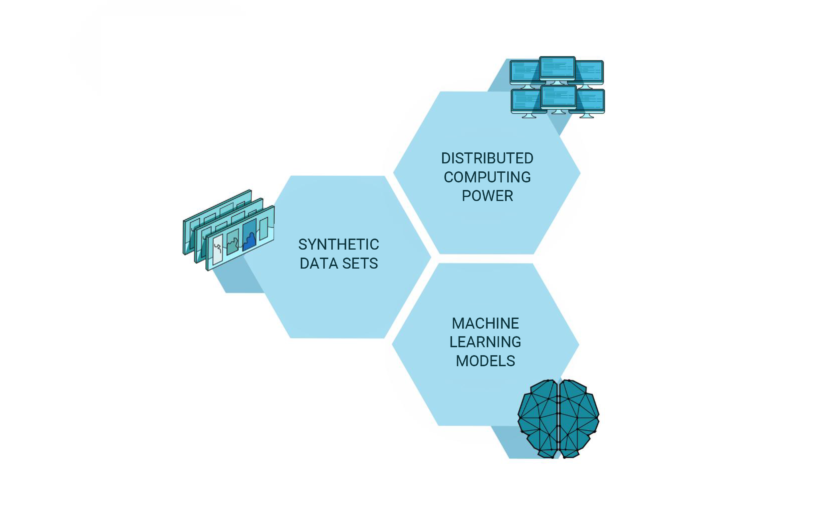 Public token sale will start January 7th and finish on 15th of February.

Neuromation’s first goal of 2,000 ETH has been surpassed with over 4 mln Neurotokens (NTK) distributed to whitelisted participants.

Neuromation will also accept other altcoins; such as Dash, Litecoin, Bitcoin Cash, Neo and Zcash during the public sale process, allowing all potential investors to buy in.

Neuromation expects to release the first version of its platform earlier than anticipated, and will update the terms of SAFT participants with new dates.

Previously, Neuromation reported partnerships with Hacken.io on blockchain security and OSA HP contracted Neuromation for the production and labelling of synthetic images for the retail industry valued at 7 mln USD.

Neuromation’s CEO, Maxim Prasolov, says: “Our platform development is exceeding expectations of the original schedule. We will release the first iteration of the Neuromation platform at the end of our token sale in February 2018”.

Neuromation is a technology platform that creates synthetic learning environments for deep learning of neural networks. These simulations are then used for training better algorithms.

We are building a platform of distributed computing for creating artificial worlds where AI algorithms are trained on simulated sensory input. These synthetic worlds also have a virtually infinite supply of perfectly labeled training data. AI plays, as with video games, in order to learn specific real-world tasks.

Our technology is crucial to making Deep Learning-based systems useful as they are taken up by industry in the real world. With Neuromation, the future has arrived, in which computers teach computers to perceive.
Neuromation is the first client of it’s own distributed computing network. We have developed “Neuromation Labs” that create synthetic data and train deep learning models on live applications.

○ Retail Lab
In our retail lab we have partnered with OSA HP (http://osahp.com/en/) and ECR (http://ecr-all.org/?lang=en) to supply 170,000 item synthetic retail data set for Eastern Europe. The contract potential is over 7 mln USD over 18 months time frame. Here is an example of the model deployment on a mobile device: https://youtu.be/QO1KGwQKoSU

○ Medical Devices Lab
In our medical devices lab we have partnered with MonBaby (https://monbaby.com/), a leading infant tracking technology provider, to create a smart camera to augment their existing offering. The camera will be tracking motion of the child and giving their caretakers valuable analytics.

Neuromation will be receiving a revenue share from each sold device. Revenue potential is 2M+ euros over the next few years.

The Neurotoken presale was launched on October, 25th, https://ico.neuromation.io/en/, just after the announcement of the partnership with Hacken, aimed at auditing and improving the security of the code and cloud infrastructure.In addition to this, TaaS fund also partnered with Neuromation. Tokens issued during the pre-ICO phase will be offered with a 25 percent bonus in Neurotokens for investors who register through the whitelist.

The Token sale will be held on November 28, 2017 – January 1, 2018. The total amount of placement is 60,000,000 Neurotokens, with a capital target of around $17M. No additional tokens will be issued afterwards, and all unsold tokens will be burned.

Announcing the launch of ETH/USD Futures
MoviesChain by TVzavr: A Platform to Change Them All
MDK Entertainment Community Will Tokenize Memes in a New Blockchain Project
Herotoken.IO – The Future of Banking in SE Asia
DateCoin collected more than 688 ETH during the first days of the pre-sale
Reliving the Glory Days Has Gotten Even Better
The New Blockchain Venture That Rewards you for HODLING Your Tokens...
The First Gas Station to Accept Crypto