Bitstamp freezes customer withdrawals due to denial of service attack - CoinSpectator Blog
Skip to content
Follow @coinspectator Track the industry in real-time with our cryptocurrency news aggregator for monitoring analysis, sentiment and trends. 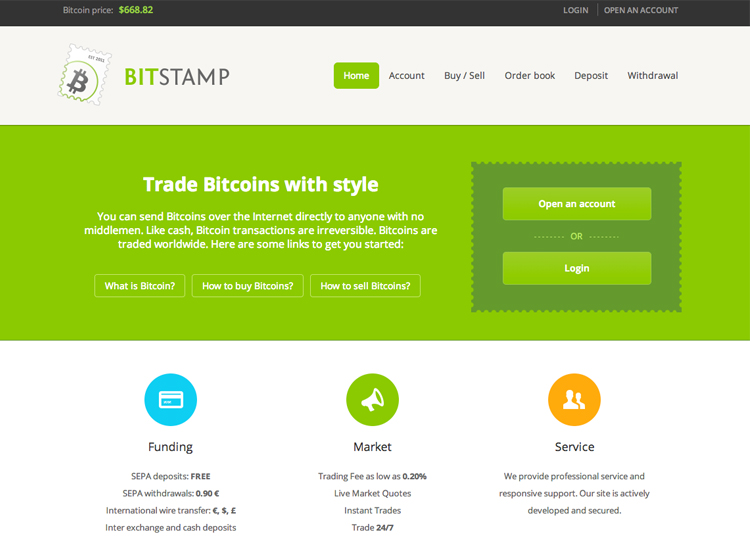 Bitstamp, the second largest Bitcoin exchange in the world by current trade volume, has frozen customer withdrawals due to an alleged denial of service attack.

If you need a quick answer: there’s no bug in the Bitcoin itself. You may go to Bitstamp/Coinbase/BTC-E/Bitcoin-Central and buy more BTC with a huge discount before it gets back to $800-$900.

In an official statement released by Bitstamp which owns 32% of the Bitcoin USD trade volume they said:

We’re confident everything will be back to normal shortly.

Currently it[Bitstamp] has suspended processing Bitcoin withdrawals due to inconsistent results reported by our bitcoind wallet, caused by a denial-of-service attack using transaction malleability to temporarily disrupt balance checking. As such, Bitcoin withdrawal and deposit processing will be suspended temporarily until a software fix is issued.

Bitstamp has confirmed the customers should not worry as no funds have been lost, suggesting that the Bitcoins have been securely stored in offline storage.

Customers have recently taken to the community boards informing others of their suspicions of Mt. Gox and various other exchanges prior to the official announcement last Friday due to some withdrawals taking months.

The effect of Mt. Gox has sent a shockwave through the Bitcoin community, with many people panic selling.

What is currently unclear and not present in the Bitstamp statement is when customers can access their funds.

At the time of writing the current Bitcoin price is just $665.31.