Slate's Early Success Underscores the Need for Disruption in the Entertainment Industry - CoinSpectator Blog
Skip to content
Follow @coinspectator Track the industry in real-time with our cryptocurrency news aggregator for monitoring analysis, sentiment and trends. 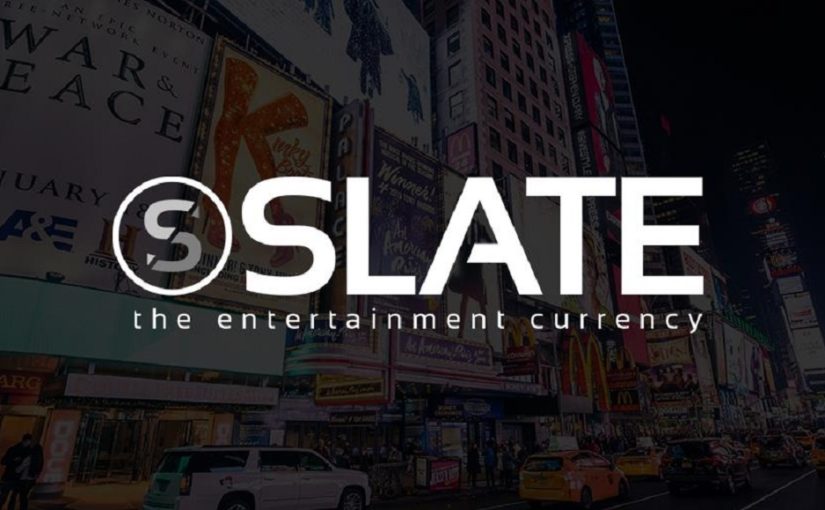 The SLATE token (SLX) pre-sale successfully met its objectives by selling the allocated amount in thirty days. Positive demand for SLX has paved the way for an ICO. In addition, SLX has been pre-listed on Hong Kong based HitBTC, a top 10 cryptocurrency exchange. This ensures that token buyers will be able to trade SLX on an open market.

The rapid growth of the SLX community has led to a Slate telegram group consisting of over 20,000 users. Slate’s promotional video “Meet Slate”, starring Devon Bostick (Diary of a Wimpy Kid, The 100, Okja) has had over 2 million views on YouTube in the last 4 weeks.  The video has garnered the attention of crypto enthusiasts as a result of its high production value and humor designed specifically for the crypto community.

Blockchain technology has the potential to disrupt countless industries, but perhaps none more so than entertainment. The objective of the Slate Entertainment Group (SEG) is to affect positive change by creating an ecosystem that encourages acceptance and adoption of the technology and the currency. Key developments include:

BINGE, a streaming video platform. Because Binge is powered by blockchain technology, it has numerous advantages over current streaming video providers such as Netflix, Amazon Prime and Hulu. For example, Binge will be decentralized and therefore not burdened by the substantial cost of a centralized system of hosting data. This represents a significant savings that can be passed onto consumers. Next, the blockchain’s transparency means that content creators will have access to valuable analytics that other platforms refuse to share, while completely eliminating questionable accounting practices that have historically plagued the industry. This built-in accountability will help to ensure that Binge has access to the best content in the world;

SLATIX, a ticketing platform that will change the way consumers buy, sell and transfer tickets. Slatix will virtually eliminate the notoriously high fees charged by other leading ticket applications. Blockchain technology’s immutability will eliminate ticket piracy and slash payment charges. With Slatix, price gouging and piracy can become a thing of the past.

Slate’s mainnet will be launched on July 5, 2018. The Slate wallet will be available for download on July 5, 2018, in advance of the token distribution on July 20, 2018. Masternodes and staking wallets will begin to receive block rewards on or about August 1, 2018.

SLX has the potential to be a widely adopted currency with an incredibly practical use in the entertainment space. The Slate ecosystem is being established on solid fundamentals designed to build a decentralized sustainable market. SEG intends to deliver on their stated goal of disrupting the entertainment industry as we know it today. Although some industry leaders may be fearful of change, most will come to the realization that the old way of doing business is obsolete – and that there’s a better way to create, consume and access entertainment.

Welcome to the future of entertainment