Greta Thunberg, the new ECO strategy and AQUIX coin, what is in common? - CoinSpectator Blog
Skip to content
Follow @coinspectator Track the industry in real-time with our cryptocurrency news aggregator for monitoring analysis, sentiment and trends. 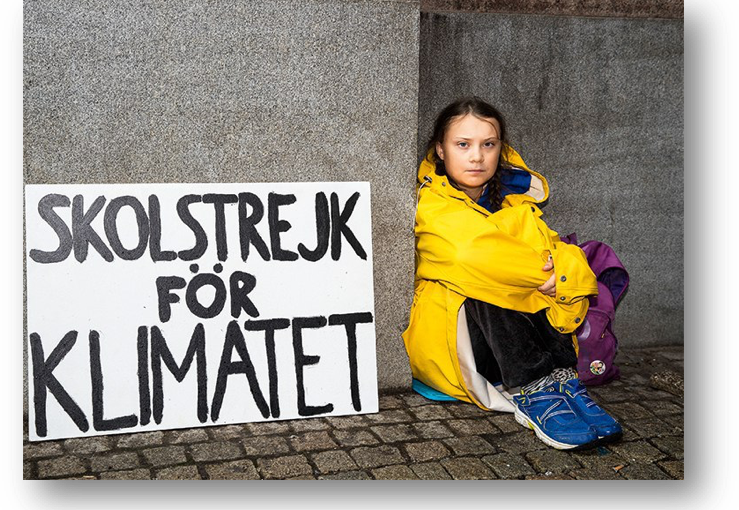 Everyone has heard about the greenhouse effect. Some of them know that it is generally caused by the emission of CO2 (carbon dioxide) which the human activity leads to. And few people have noticed a news report made the NASA research laboratory, according to which the level of carbon dioxide in the Earth atmosphere has exceeded the mark of 400 PPM (PPM – a unit of concentration, a millionth share).  But only the scientists have been worried by this news. It is great that a simple Swedish schoolgirl Greta Thunberg was able to speak at the UN, drawing the world attention to CO2 emission by industry.

While most people wonder why winters are warm, and there are droughts and catastrophic fires in summer, destroying the hectares of Siberian forests, day by day AQUIX uses all its resources to reduce the amount of the emitted carbon dioxide and prolong life on our planet. The main idea of the company is to ensure the reproduction of physically and mentally healthy people from generation to generation, which will not be indifferent to the environmental problems, such people like Greta, taking the responsibility for the future generations, ready to help in saving and developing biocenoses in that regions where the reorganization of live infrastructure and people economic activities is needed.

In order to achieve the target of the company, AQUIX has created a great team working in the research center. Working since 2004, AQUIX scientists have worked out a revolutionary technology “IZON-flow”. It has taken more than $ 3,000,000 and 15 years of work to study and make calculation of this effect. This patented technology is used in all the company projects, bringing it forward among the other eco-projects. The company is based on the principle of transparency, so that the intellectual property documentation is available for the public and anyone can get acquainted with it. More than that, the results of the tests conducted by the company are also open for review.

Besides the production of household devices, at the moment AQUIX is working on the two projects: one of the inertial vacuum air filter and the second – the industrial waste recycling installation. The inertial vacuum air filters have a unique feature. The proposed technology assumes the absence of smoke emissions in any kind of production. Besides, the proposed technology allows to convert the waste gases produced by industry into a market product, providing an additional economic effect of the gas purification process. The industrial waste recycling installations use solid and liquid waste of human life as raw material. Thus, the equipment works on the cheap materials and allows to obtain synthetic hydrocarbons – base synthetic oil, diesel fuel – which are in high demand now, as well as they will be in the future.

AQUIX will invest its profit not only in further research, but also in paying dividends to people who believe in the success of the company. The system of income division in the company is absolutely different from those of the similar projects:

The use of the blockchain system will make the payment system open to anyone. At the moment, the blockchain system is being prepared. It will allow to replace the company shares with its own cryptocurrency, but the difference from the other cryptocurrencies is that AQUIX provides security for its token, ensuring payments by the established production, research center and intellectual property patents. Every year the price of such currency will grow and this growth will be based on the company finance. It should be mentioned that the company can receive a significant part of its income by granting the patent rights to other organizations, allowing them to receive money regardless of any market development scenario. The compliance with the AQUIX patent rights is monitored by the company legal department, which protects the interests of the company co-owners and prevents the illegal use of the company patents. 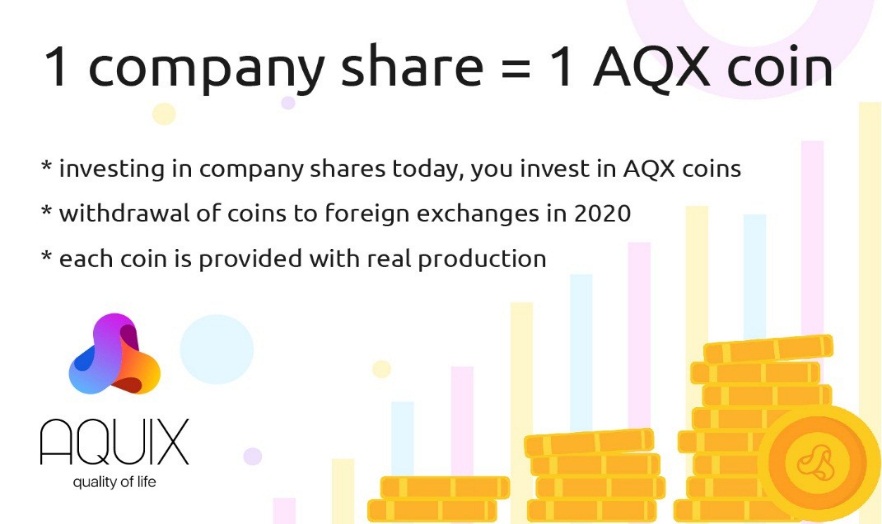 Due to the transparency of the project, as well as the real payments to the investors, AQUIX significantly stands out among the traditionally dishonest participants of this sphere. Such companies should be set as an example to all the Russian charity organizations with their usual scandals because of the embezzlement of funds or money laundering with casinos. Let’s follow the development of this promising eco-platform.