Bitcoin Could Change the Global Financial System, Right When We Need It the Most | CoinSpectator Blog
Skip to content
Follow @coinspectator Track the industry in real-time with our cryptocurrency news aggregator for monitoring analysis, sentiment and trends. 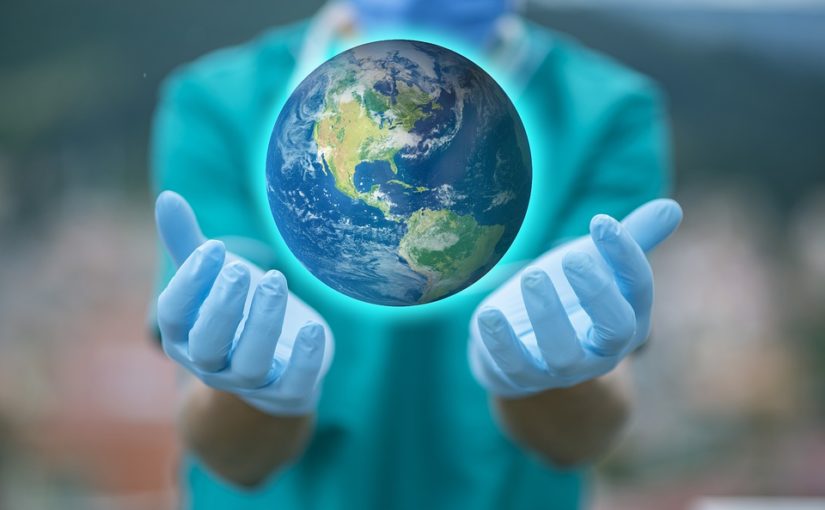 In the face of necessary change, bitcoin and blockchain could reasonably supply the much-needed compromise between what is, and what could be.

In the wake of current events, the majority of the global population has been given a choice. A chance to reset many of the systems that have been irrefutably shown to fail. While it’s not necessary to fully condemn present systems of governance, finance, and social constructs- it is important to accept their failings and ask for something better.

Given the unprecedented glimpse into the more intimate and intricate shortcomings of existing systems, we have also been shown an idea of best practice moving forward. As countries and their individual populations have banded together in both macro and micro scales of economy and society, we have been shown that working together seamlessly can produce favorable results. While it may sound trite- we’ve been shown that teamwork does indeed make the dream work.

In light of the novel coronavirus, we’ve been shown that those countries that have worked closely with their own citizens and the citizens of the world at large have fared best- while others that have shut themselves off to both the failings and triumphs of others have seen near total devastation. Particularly in the latter, we’ve seen a surge of new users and renewed interest in cryptocurrencies. As new users flock to exchange platforms like Bitvavo, hoping for a helping hand in understanding an alternative for the economies that are failing them. While seasoned investors continue to proselytize the brilliance of decentralized finance.

Failings of a Legacy System

Building a system of finance based on an individual human ethos is bound to spell disaster to someone. Discriminatory practices based on income, race, religion, or any number of other factors happen every day, even if we don’t actually intend them to. As each person has inherent bias, it’s nearly impossible for us to be purely objective.  This is where cryptocurrencies like bitcoin step in. These digital tokens, coupled with DeFi systems can realistically create a beneficial parallel to the system we currently have. Mimicking many of the processes that fit nicely, but completely removing the human element, opting for something far more objective.

Something Borrowed, Something New

Coupling computer technology with existing structures could be a way to efficiently transition into a decentralized, digital, cashless society. While the term may raise hairs for some, cashless is coming- whether we want it to or not. Largely, those in opposition to the idea, are really opposed to centralized power structures; and in our opinion, rightly so.

The idea of a centralized cashless society does indeed come with a fierce amount of overarching governmental control, with many left behind. Among those being the unbanked, underfunded, and largely forgotten members of our respective societies that already feel the alienating pressure of our monetary systems. Centralized cashless would only serve to bolster those positions.

Despite a decentralized financial network seeming like the optimum compromise between what we have now, and what we need for the future- it may not be so simple to implement. There is still concern that decentralized networks can shift towards more centralized paradigms should key players interact irresponsibly. Think of the whales of bitcoin, and the influence they’ve been said to have. Or consider the bitcoin mining process, in which the majority of mining practitioners could realistically be held by one or two large conglomerates, essentially dissolving a decentralized structure.

While both bitcoin and other cryptocurrency networks, and the DeFi systems that are currently being built are doing everything within their ability to create systems that are free from centralized influence, it’s still a difficult balance to maintain. Should one or two large stake holders decide to irresponsibly weird power, the decentralized infrastructure could topple. In order to endure a truly decentralized system, it has to be something built with ubiquitous adoption and support.

Securing a New Ethos in a Familiar System

This total support starts with an appreciation and support for decentralized networks. Something that is a common and base goal among all investors, operators, and service providers. Just as investors of all creeds and income brackets will require equal opportunity to buy in, network operators will have to ensure that there are a wide range of open source participatory and regulatory systems. Meaning that every investor holds the same amount of sway over how the network itself operates.

These systems are in existence today, and are continuing to be built and refined. Security and participation tactics are something that are constantly being scrutinized and cultivated to provide a better working system for all. Service providers must also help ensure this purely democratic infrastructure, either by integrating more AI and cryptographic technologies, or opening up their own network structures to the user supported functionality. DApps and Smart Contracts are excellent adjuncts to centralized power structures.

In reality, many of the necessary technologies needed to support a democratically decentralized financial network already exist. Ensure their longevity, accessibility, and security are aspects that are constantly being considered. With a continued curiosity and support for a decentralized global network of finance, we can build ourselves a better future- one that is controlled not by the few, but by all.